The link between the masterpiece The Nightwatch and the name Van Vlaardingen dates all the way back to 1642, the year in which Rembrandt completed this master work.

The official name of this world famous militia portrait reads: 'The militia of Captain Frans Banninck Cocq and lieutenant Willem van Ruytenburg'. Willem van Ruytenburg is one of the main figures in The Nightwatch. He is the officer dressed in yellow and white depicted in the foreground next to Banninck Cock. In 1611 Willem's father had bought the Fiefdom of Vlaardingen, Vlaardingerambacht and Babbertspolder, after which he – and his family – were entitled to add the accompanying title 'Lord of Vlaardingen' to the name Van Ruytenburg. In the period between 1627 and 1652 this governor from Amsterdam, in his role as Lord of Vlaardingen and Vlaardingerambacht, had control over justice, legislation and governance of that area.

According to genealogical tradition, Willem van Ruytenburg, Lord of Vlaardingen, was the founding father of a family line, a branch of which established itself in het Gooi around 300 years later: a family of painters with the name Van Vlaardingen. 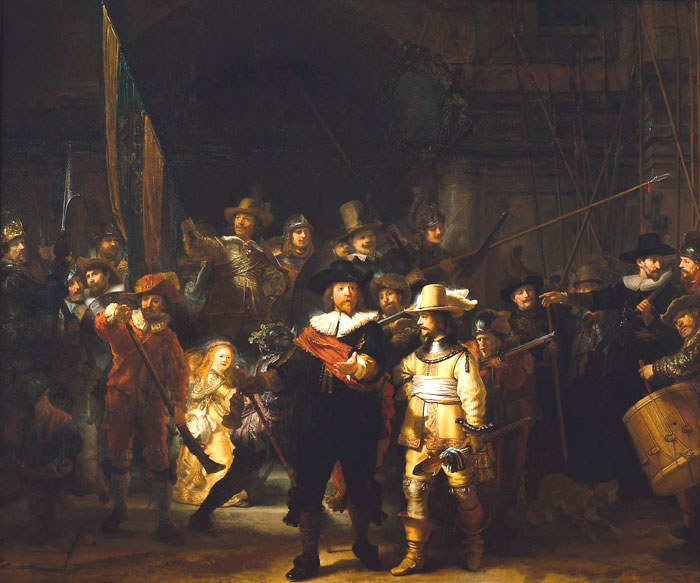